You know, between Die! Die! My Darling! and the poster for this, which shows the killer asking, Glenn Danzig sure found plenty of ways to be inspired by British horror films. 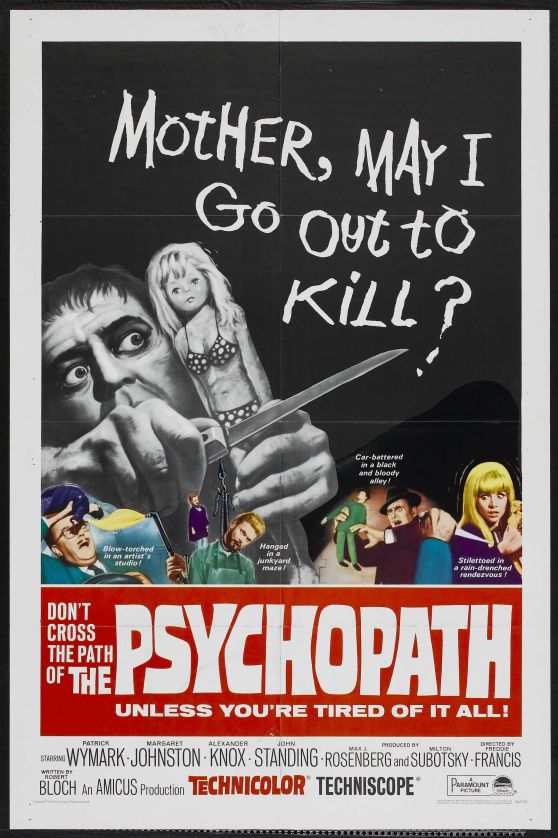 Directed by Freddie Francis for Amicus, this is the story of a series of murders that all have a doll — that looks exactly like the victim — attached to the dead bodies!

It’s a nascent giallo and has a really great scene of a room filled with dolls that is quite stunning. All that’s missing is some fashion, a jazzy soundtrack, a few bottles of J&B, some nudity and this movie would completely fit in. You could also consider this a slasher and I would be find with your decision.

If you’re reading this and think “A movie where a man with mommy issues becomes a murderer sounds kind of like Psycho,” this was written by the same person, Robert Bloch.