Paul Giamatti, you have our respect. 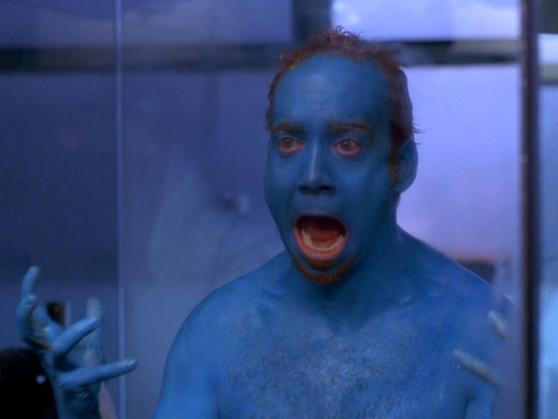 You’re arguably the best actor of our generation and here you are as the bad guy in a vehicle for Frankie Muniz, at the time a hot sitcom star on Malcolm In the Middle. Speaking of sitcom stars, this was written by Dan Schneider (who beyond being on Head of the Class and writing Good Burger also essayed the perfect role of the evil Ricky Smith in Better Off Dead) and Brian Robbins (who also went from Head of the Class to now being the President of Kids & Family Entertainment at ViacomCBS). If that isn’t enough big time talent for you, this was directed by Shawn Levy, who directed the Night at the Museum movies before becoming the executive producer and one of the directors of Stranger Things.

This movie is literally packed with talented people, like Donald Faison, Sandra Oh, Taran Killam, Amanda Bynes and the reason why this movie ended up on our site, Lee Majors, who plays an aging stuntman. The hardest thing he ever had to do? Watch his leading ladies kiss some other guy while he’s bandaging his knee.

So yeah. All this talent in the service of a teen comedy in which Paul Giamatti gets dyed blue. They even remade this movie in 2016 and Barry Bostwick took over that role. The blue skin is the comeuppance for stealing Muniz’s script and making it his own. I was around twenty-some years too late to be a target audience for this film, but if it works for you, so be it.

I’m just here for Lee Majors, a phrase I have uttered more than once this week.