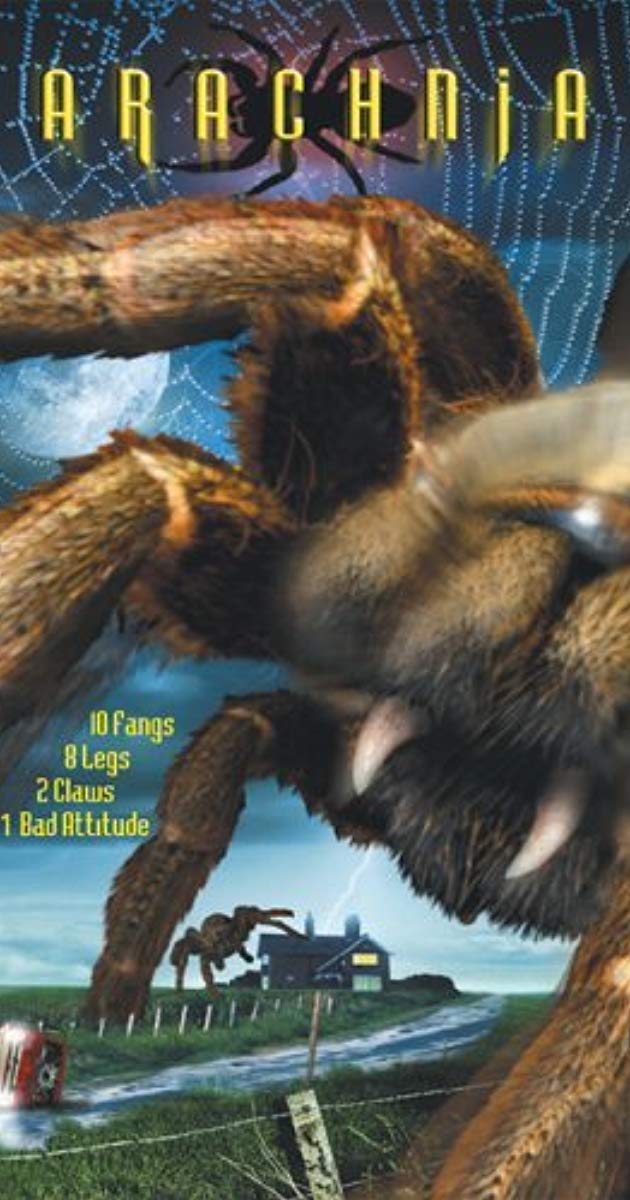 Brett Piper (Mysterious Planet, 1982) has written, directed or provided special effects for some pretty entertainingly named movies: Raiders of the Living Dead, A Nymphoid Barbarian in Dinosaur Hell, Drainiac!, Muckman and ZillaFoot. This is filmed in Vermont on video, but if Piper had been around for the regional era of exploitation, he would totally be making drive-in or direct to video films.

When a small research plane — filled with science students and their professor — makes an emergency landing in the middle of nowhere, the survivors head to a nearby farmhouse to look for help. Instead, they find some mutant spiders.

With a budget of a day of catering on the last movie that you saw in the theatrer, these guys tried. An ex-military man with a past and the robotic lead girl must survives so that someday, I’m forced to watch Arachnia 2. Which doesn’t exist. But it probably should.

You can watch this on Tubi along with Rifftrax commentary.