In this installment of our interview with Rowdy Herrington, he discusses some of the better relationships that he’s had in Hollywood.

B&S: You’ve worked with so many actors on more than one film. Like James Spader…

ROWDY: Jimmy is a very good friend of mine. My favorite movie we did together was The Stickup, we did that up in Canada for like $4 million bucks. That’s where he met Leslie Stefanson who he has a son with and they’ve been together ever since. He’s a fabulous actor and I told Leslie once, “Jimmy is the second-best actor in Hollywood.” She said, “Who’s the best?” And I said, “I have no idea. There’s always somebody better! But he’s right up there!”

B&S: You’ve worked with some great ones, so you’d know.

ROWDY: He’s my favorite. Without question. Jim Caviezel is phenomenal. He was a gem and I really enjoyed working with him. Really a fine actor and a nice man.

Patrick Swayze? Are you kidding me? As good as they come. He could do everything. He could fight, dance, fuck…(Laughs)

Robert Loggia! He was a trip,

But Spader and I are joined at the hip. Jack’s Back was his first starring role and my first movie. We bonded. We’re friends and that’s a lovely thing. It’s great to work with your friends. 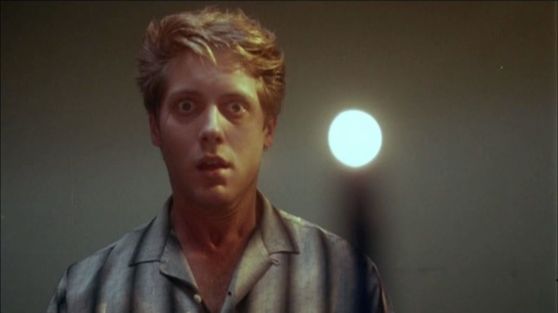 B&S: Both Jack’s Back and Striking Distance feel different than most American thrillers, with a hero suspected of the crimes. Is that how you like to present heroes?

ROWDY: You know, I can’t really say. Jack’s Back started out with the idea that one twin is murdered and the other sees it in his dream. That’s a documented thing — twins have known the exact circumstances and time of death of their sibling. And I thought — that’s really interesting for a murder mystery. Then, I went to research serial killers and I saw that Jack the Ripper committed his crimes in 1888 and it was 1987. I realize — it’s going to be the hundredth anniversary, so the copycat angle was a no-brainer.

You want to always have your main character in jeopardy.

I hadn’t thought about the parallels between those two stories. And in A Murder of Crows, the main character is accused of the murders that are in the book that he plagiarized.

B&S: I’ve always loved that the killer in Striking Distance taunted victims with Sam the Sham and the Pharaohs’ “Little Red Riding Hood.” That feels like an element that other movies lifted.

ROWDY: It’s an interesting process. I still have bits and pieces that never made it into the movie that I still think are interesting plot turns that might show up in the future. I just got tired of murder mysteries. That was dark and The Stickup, I said, “I’m over these dark stories.” But then, it’s another of my characters accused of a crime! (Laughs)

I like that movie because of the humor. I think that it’s my most successful movie, because when it first played at these big screenings in Hollywood, every person reacted exactly as I wanted them to with each turn of the story. That’s very satisfying as a storyteller to feel that. 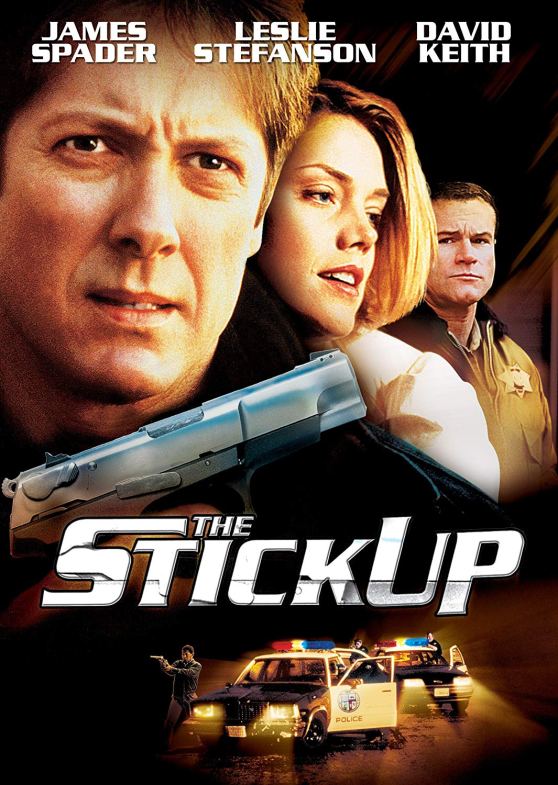 B&S: Do you prefer writing or directing? Or do you find they go hand in hand?

ROWDY: They do, but the difference is that writing is purely creative. It’s solitary. And directing is interpretative and it’s not solitary. You have a crew that you have to work with. So the advantage of going on to direct the picture once you’ve written it is that you really have a clear sense of every part of it. The disadvantage is that you can get blindsided. That means that there might be something that you like, but that doesn’t mean that it’s going to work. You have to be careful.

But it’s really rewarding to take a picture from behind your desk at a computer to watching it in a theater or seeing your billboard on Sunset Boulevard. That’s a pretty nice feeling.

B&S: That’s such a long process.

ROWDY: The very first script I wrote, when I came out to Los Angeles, an agent at CAA got it from a friend of mine. She loved it and she couldn’t sell it. It was called Best Seller. It’s the story that ended up being A Murder of Crows about fifteen years later.

The interesting thing was, she told me, “This is a really good idea, but you’re not a good enough writer yet to pull it off.” It kind of made me mad, but she was right!

After I made my first four movies, I went back to it and got it. Time to fix this! It ended up being one of my favorite scripts.

In our final chapter, we’ll get into what Herrington is working on today and what he thinks about today’s films.