Three movies into the final part of what is being called the Skywalker Saga and I have to confess: worse than not knowing anything about these new characters — Poe Dameron, Finn and Rey — I honestly don’t care about them. They’re ciphers that we only know the barest of things about. Why does Finn have such an affinity for his friends? Why should we care a lick about Poe when he’s proven to be too headstrong and willing to leave people behind, yet has nothing redeeming to make up for it? And Rey has every single skill of the Jedi near-instantly, almost a way too perfect character to be true.

Don’t tell me I have to read the other books or watch the shows or do my research. Don’t tell me that the old films in the Star Wars saga didn’t come out as often or perhaps we cared too much about them. I sat — well, slept, I’ll be perfectly honest — through this too loud and too much installment and I have to tell you my most honest review: Yeah, alright.

I don’t go to blockbusters to walk away saying, “Yeah, alright.” 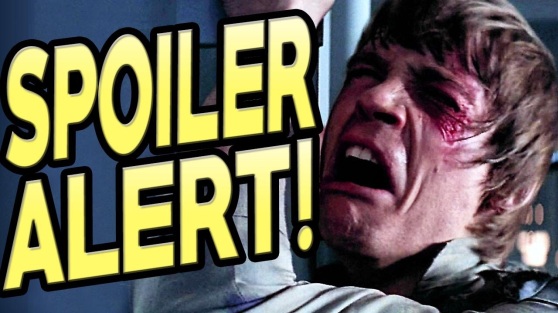 Obviously, everything after this will contain massive spoilers. You have been warned.

The first critical error the film makes is by telling us that a secret message has caused a stir in the galaxy: the Emperor is alive. You know, instead of a scroll, perhaps this event — probably the most important thing that’s happened in all three of these post Return of the Jedi films, could have been shown to us so we could grasp just how mindblowing it is. Nope. It’s in words on the screen. The dead speak! This is lazy filmmaking.

Kylo Ren (Adam Driver, who isn’t howling in a bar or eating ass in this one) obtains a Sith Wayfinder device and travels to the planet Exegol, where the Emperor is recharging. It turns out that everything evil in the past few films has come from Palpatine, including Snoke who is just a clone. Snoke is the most infuriating character in these films, another character who really has no motivation and no reason to exist other than being yet another Star Wars villain set up to be an undefeatable villain only to, you know, by cut in half. See: Darth Maul, General Grievous, Count Dooku.

So the Emperor does what has never been done before. He just plain conjures up a million or so Star Destroyers on a planet that has constant darkness and lightning. He tells Kylo to find Rey, who is studying to be a Jedi with General Leia Organa Solo (Carrie Fisher), who is more Force-sensitive than a Jedi, you know, until this movie, which has a CGI cut scene that looks like, well, a video game cut scene that shows her training with Luke and realizing that she’s going to die and not complete her journey but someone else will. Because man, Star Wars is kind of like Catholicism for people who’d rather have Carlos Casteneda instead of John the Baptist.

There’s also a spy in the First Order, a subplot that changes nothing in the film other than to remind you that General Hux and Ben Solo probably had a tempestuous affair at one point and there’s a thin line between love and hate.

Rey, Poe, Finn, Chewbacca, BB-8 and C-3PO head out for Passanna to meet Lando Calrissian while R2-D2 stays with Leia in a military base. Soon, Kylo Ben Solo and the Knights of Ren show up just as Rey discovers a Sith dagger than C-3PO’s programming forbids him to read. Why? Is it because he was built by Anakin Skywalker? Nah — it’s just another dangling “We’re going to kill off another beloved character” tease and even when they wipe out the golden droid’s memory, it comes back so quickly and easily, you wonder why they even teased this moment of sadness.

I also have no idea why the Knights of Ren are important other than they will make cool looking toys and fat dudes will dress like them and bump into me at conventions.

Speaking of teasing the death of a major character — Rey uses Force Lightning to accidentally kill Chewbacca, who died way back in the book Vector Prime before the books were no longer part of the real Universe. But yeah, Chewbacca survives anyway. Seriously, they should have called this movie Star Wars: Let’s Fuck with Chewbacca. The dude gets tortured, stripped, Rey uses his gun, one of his best friends dies and oh yeah, he had to be in this movie.

Zorii Bliss (Keri Russell, who did Felicity with J.J. Abrams) is in this too. She’s a masked smuggler who had something of a relationship at one point with Poe but they never kissed, which is pretty much par for Star Wars romance. She is not Zam Wesell, so don’t get that confused. Honestly, her scene about wanting to leave behind the planet Kijimi is about as emotionally resonant as this movie gets.

Turns out that Chewbacca is still alive, so there’s a failed rescue mission on a Star Destroyer that leads to a nice scene where Rey and Kylo have a lightsaber battle between their two worlds. That’s when we learn that Rey is Palpatine’s granddaughter, who tried to King Herrod her as a child, as he feared her power.

So hey, why don’t we go back to Endor. Do we have to? Yes, we do. That’s where we meet a whole bunch of other Stormtroopers who got tired of missing every shot and took off their suits and became dudes who ride yaks. Their leader, Jannah, is not Enfys Nest from Solo: A Star Wars Story, despite similar animal mounts and markings. She and Finn quickly become friends but there’s not even a hint of romance.

Also: remember when Rose Tico was such a big deal in the last movie? Yeah, neither do the filmmakers.

There’s a cool scene where the second Death Star is in the giant black waves of Endor and Kylo and Rey have another lightsaber battle. Remember when lightsaber battles were rad and you couldn’t wait for them, way back before Yoda zipped all around doing backflips and suddenly, you wondered how and why lightsabers could be boring? Yeah.

Man, anyways, Leia dies reaching out through the Force to her son, who gets impaled by Rey but then healed by her before she runs to the Emperor’s world to kill the old man, because you know, that’s what he wants. He came back from the dead so the child he sent away because he feared she would kill him can kill him. Motivations are super important in Star Wars.

Nearly everyone who Hasbro will sell to idiots like me dies. Star Wars has a fetish for hands getting chopped off, British accents, wipe transitions and killing off fat spaceship pilots.

Luckily, Rey and Kylo fight back, but then we learn another motivation for the Emperor: he wanted to leech their youth and become strong again. So, if Rey had just killed him, did this second plan even matter? Well, he’s every Sith and Rey ends up being every Jedi and they battle and she ends up killing him. However, because she turns his Force lightning against him, she isn’t killing him like he wanted and this killing is OK because Star Wars.

We end up back on Tatooine where Rey goes to hide the last two lightsabers and claim the name of Skywalker. Then we see Leia looking like the Virgin Mary and Luke looking like some dude who’d go to a comic convention to meet Mark Hamill as ghosts.

Question: Remember when it was a big deal that Qui-Gon Jinn didn’t turn into a Force spirit and disappear and we were gonna get answers on that one? Yeah. Well, both Leia — not a Jedi — and Kylo Ben Solo disappear when they die. Of course, he kisses Rey first. And his dad shows up and calls back the “I know” line because this movie is fan service from frame one, bringing back holo chess when it’s not sledgehammering plot points and deus ex machine into your feeble brainstem.

This movie is a lot like sugary cereal. Sugary cereal is real good, except for how you feel sick after eating multiple bowls.

Also: I kind of hate that new green robot D-O who literally talks like a Donald Trump tweet, saying “Sad!” when a scene is upsetting. We get it. We know it’s sad. You don’t have to tell us.

The movie also feels like one that should pause and flash: CHECK THIS SHIT OUT! Like the tie-fighter parked next to an x-wing. We get it. We get the symbolism. Or when Wedge Antilles shows up, that kind of stuff is only for dudes like me that knew the names and call signs of every pilot. And yes, Wedge is Red Two. I was also a virgin until well into my twenties, thank you very much.

So what did I like about the movie? I dug those yak creatures that they rode on the deck of the Star Destroyers and yes, I know they’re called orbaks but I’m going to keep on calling them yaks. And I adored Lando basically picking up Jannah and saying, “Let’s find out where you’re from.” You know he’s making her crosseyed in the back of the Millennium Falcon right now while Nien Nunb wonders why there’s a sock on the door. I also liked the little dude named Babu Frik who wiped out C-3PO’s mind. And I kinda dug the kintsugi look of Kylo Ren’s new mask.

Yeah, it was also nice that we saw the first same sex kiss in Star Wars between Commander D’acy and an unnamed character that will surely get a name and a Hasbro San Diego Comic-Con two-pack release that will sell for many times the original price on eBay.

Look — I’m not going to tell you what to like and be a gatekeeper. Love what you love, enjoy what you enjoy and spend your money where you want. That said, I spent a good chunk of my life loving Star Wars and know more about Dengar than many of the extended family members. I know — and care — next to nothing about anything in this film. There are people who are going to go see it a few hundred times and get the sugar rush that this film is and love it because it’s Star Wars. Again, being a fan of the saga is a lot like being Catholic — you know the motions, you go through them but after a while, you question why you just don’t feel the same after Mass.

I certainly didn’t hate this movie. But I certainly didn’t like it. A movie that costs this much and has this much behind it should inspire more reaction than this. I want to feel something, I want my eyes to well up with emotion and I want to feel like I’ve witnessed modern mythology. Instead, I feel like I just sat in a chair for two and a half hours and watched some bad fan fiction come to life.

But hey — if you liked it, good for you. Maybe I’m the problem.

CREDIT WHERE IT’S DUE: Keri Russel was in JJ’s Felicity. Jennifer Garner was in JJ’s Alias. Jim Sloss, who loves both of these things and people, set me straight.