Dante Tomaselli is a screenwriter, director, and score composer behind the films Desecration, Horror, Satan’s Playground and Torture Chamber. The evils of advertising have brought us into contact with one another as we’ve discussed the lost power of poster art, particularly when it comes to the artwork for the film Prophecy. 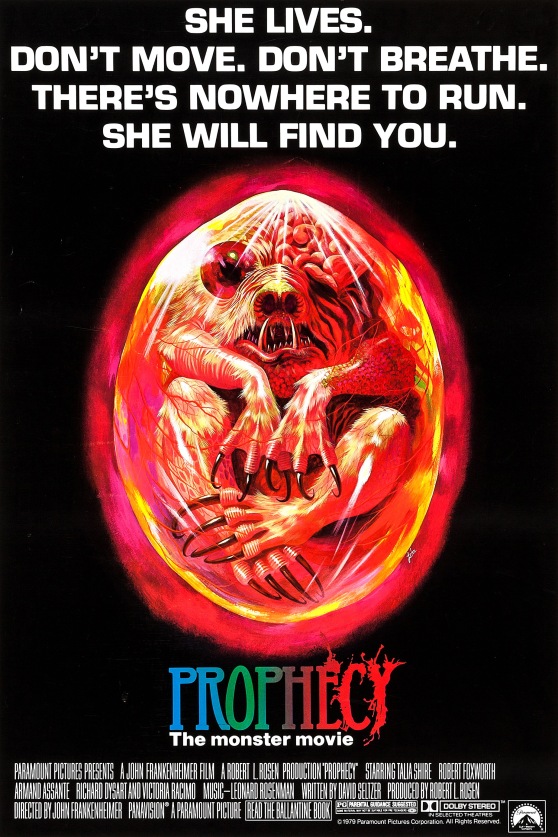 I’m excited to get the chance to share this conversation with our site readers, as Dante was born in Paterson, New Jersey, the shooting location of Alice, Sweet Alice and more to the point, he’s the cousin of director Alfred Sole. Currently, he’s working on a remake of the film along with another feature, The Doll.

B&S ABOUT MOVIES: This week, we’re covering many of the movies on the Church of Satan’s film list. I was wondering if you had any thoughts:

DANTE TOMASELLI: Visually, I would say The Masque of the Red Death is one of my favorite horror films.  It’s not very suspenseful but the cinematography by Nicolas Roeg and those eye-popping Daniel Haller sets are to-die-for. The movie glows and has the unearthly feel of the supernatural with its macabre and surreal visuals.  Corman is at the top of his game. It’s as if The Masque of the Red Death and The Pit and the Pendulum were directed by Poe himself. Vincent Price was born to portray sadistic characters and I just love him as the Devil-worshipping Prince Prospero. Dripping with evil, Price delivers a multi-layered Oscar-worthy performance.  The colors bathing the interiors of the film’s castle are pure 60’s psychedelia.  Filmmakers just don’t make stylish gothic horror films like this anymore. 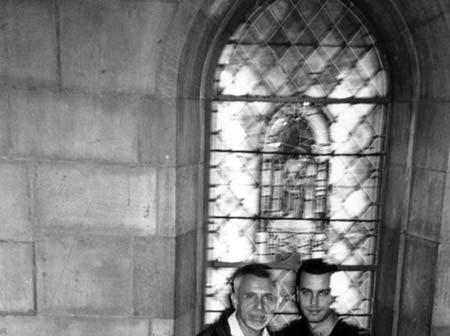 Dante with Alfred on set.

B&S: Obviously, Alice, Sweet Alice is near and dear to your heart. It’s the final movie we’ll cover. I just saw it in a crowded theater and the end disquieted an entire crowd. Why do you think the movie still retains such power?

DT: Well, first off I just witnessed exclusive clips of the upcoming Arrow Blu-ray release of Alice, Sweet Alice and you will be blown away. I am floored by the quality of the print. It looks gorgeous, luscious, painterly, brand new…better than ever!  The movie is lovingly preserved by Arrow Video.  Michael Gingold and Glen Baisley created the featurettes and in one of them they brought their cameras to my home studio in south New Jersey and interviewed me.  I spoke about my love and passion for the film and how proud I am of my cousin, Alfred Sole. I think the film retains such power because it’s genuinely enigmatic. In this age of McDonalds movies where everything looks the same with the computer generated imagery and sounds the same with the exact sound design and scores…There’s a sameness to almost everything these days. It’s numbing. People are slaves…drones to their cell phones. I walk through Manhattan and almost everyone is looking down at their little boxes. I get into the bus at Port Authority and everyone is looking down at their boxes. I sometimes do it too of course and I don’t want to be this way. When I walk through the streets of Manhattan I often get a chill as I pass by a crowded area. I feel as if at any second I might explode. There have been major terrorist attacks in NYC and time after time I seem to miss each one by the skin of my teeth. I feel the Grim Reaper moving closer and closer.

But getting back…You will love this new Arrow preservation. What a treat!  And the featurettes. Alice, Sweet Alice fans have a present coming to them. It is hands down, the ultimate presentation of Communion also known as Alice, Sweet Alice. And what I was leading up to…

I do think the film retains its power because there’s a real mystery to Alice, Sweet Alice, an aura of mysteriousness, and that’s a rare thing, especially in these times where every horror film that you see advertised on TV has the same visuals and the same exact sounds! 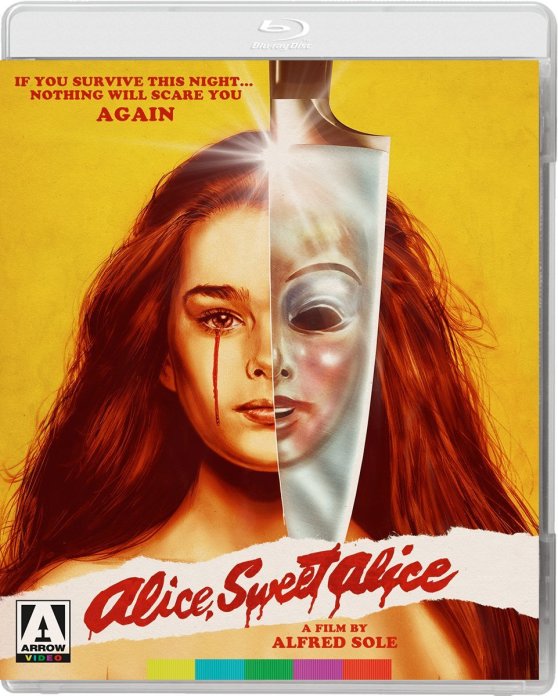 Alice, Sweet Alice is ferociously unique and marches to the beat of its own drummer in every way. It remains a landmark independent horror film and I’m so proud of my cousin, Alfred, who worked miracles with his $340, 000 budget. The eerie mask is unforgettable and we are talking about the possibility of releasing official Alice, Sweet Alice Halloween masks. 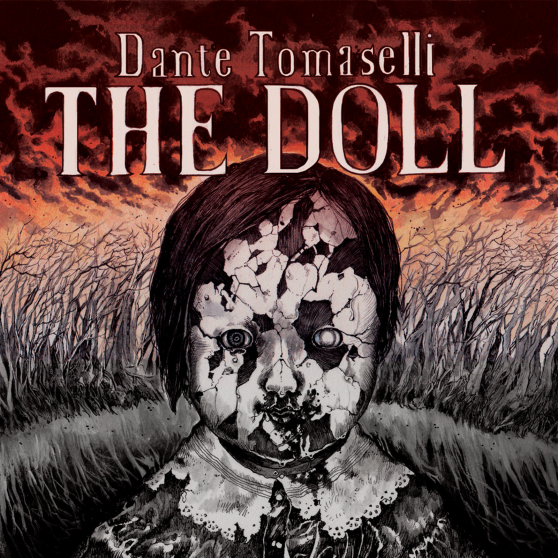 B&S: Are you still in the works of remaking the film?

DT: Yes, definitely,  I won’t talk about it anymore until I’m literally on the set but, yes. Michael Gingold is co-writer of the remake screenplay and we think we have something very frightening in store for horror fans, almost like a Giallo.  It’s just a matter of funding and it could happen at any time.  No one should ever dismiss me in mounting an independent film…I am nothing if not tenacious.

For now I’m focusing on my next film, which will be my fifth feature, The Doll.  It’s also a project co-written by Michael Gingold, who brings a lot to the table. The Doll concerns a haunting at a family owned wax museum in Salem. I’m getting closer to the film’s actual production. 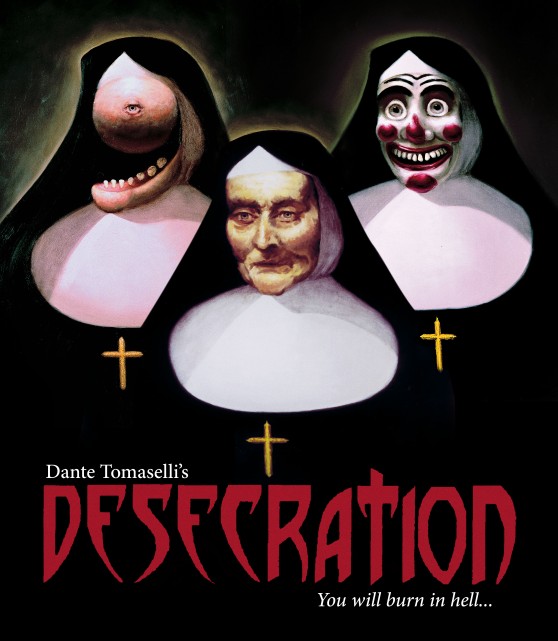 Desecration, my first film was recently re-released on Blu-ray by Code Red and Kino Lorber (available at Diabolik DVD). I just finished my fifth dark electronic album called, Out-of-Body Experience. It will be released digitally and on CD in a few months and I’ve been encouraged by the feedback in the horror world on all my instrumental  albums…Scream in the Dark, The Doll, Nightmare...Witches.

For example, Mark R. Hasan at Rue Morgue always analyses the music and surprisingly my last album, Witches was even nominated for Rue Morgue 2017 album of the year. I create these strange sound sculptures in my home studio.

Lately, I find myself really drawn to the music side of things. In fact that’s what I’ve been doing exclusively since 2012. It’s time now, though to get back into creating hallucinatory horror pictures. I’m painfully pregnant with The Doll. It’s clawing at my insides. 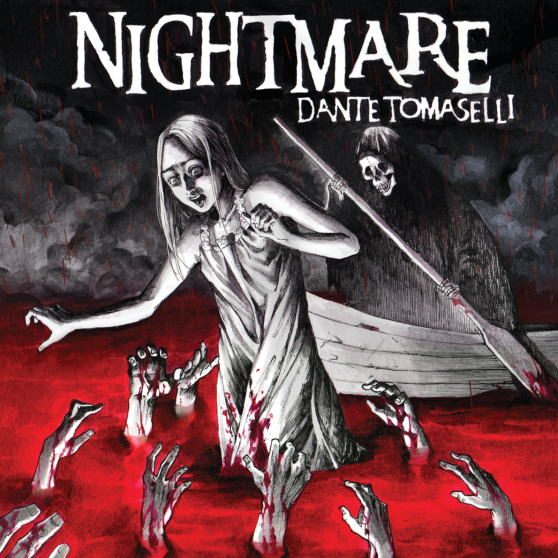 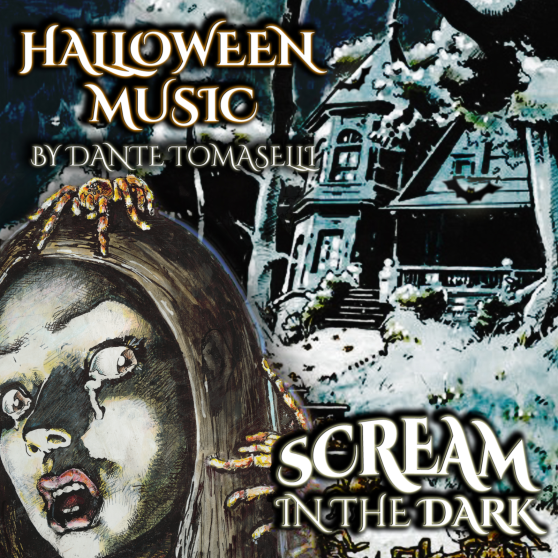 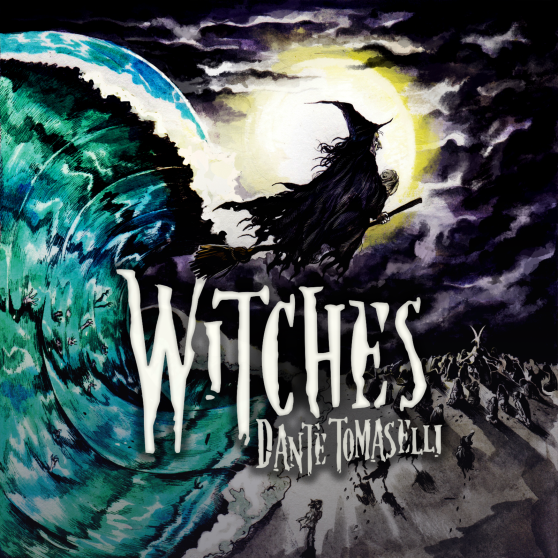